Today is Good Friday – a day that we had planned on being in a vacation home for the weekend with two other families. Sadly, that was a plan that died given the current situation.

So, today has been about tidying the house and working on the garage / office conversion. Simon realised that the progress was actually better than planned so an order was placed a few days ago at B&Q on a click and collect gig – the email came in at 4pm stating that the order was ready for collection. So, given that the sun was shining and there were 10 sheets of plasterboard in the order, he decided to hook up the trailer and go get it straightaway, as there was no guarantee of sunshine tomorrow and plasterboard doesn’t like rain that much.

The collection mechanism at B&Q was really rather smart – a whole heap of pre configured collection bays has been setup, so the buyer drives in, a person wanders over with a clipboard, requesting the order number and name etc. They then essentially deliver the contents of that delivery into a trolley that is left behind your vehicle – then simply load up and go.

All good, except the team at B&Q didn’t actually bring out all of the order – Simon only realised once he had emptied the content of the trolley into the trailer that there was 10 sheets of plasterboard missing… not a major drama except it was now 5 minutes past closing time and the doors were closed and nobody around to help…. Fortunately, 10 minutes later a staff member showed up (who had been to a food shop for something after their shift had finished) and she was kind enough to quickly check what happened with the rest of the order. 5 more minutes and we were all set with the remainder of the order.

Tomorrow is going to be a fun day of trying to get all the battens on the walls and then hopefully some of the plasterboard will make their way onto the walls in the office.

Today, we visited Escape Hunt in Leeds and took on Black Beard’s sinking galleon. It was a whole load of fun and all four of us brought value to the game in that if any one of us was not there, we would not have escaped 🙂

The boys really enjoyed it and were totally in the thick of it – Olly right from the off as he found the first key and Elliot as he figured out how to get us into the second room (Black Beard’s Office) – something that the rest of us were stumped on.

There was a need to find some clues in the office that were definitely challenging but between us we figured it out – Olly struck gold again when he noticed that the paintings on the wall showed us something about the room that wasn’t quite in place – when he made it so,we got the final clue 

We really struggled with one piece that was about a keyboard – it took us 10 minutes to figure out and together with some help from our assistant, we nailed it and ultimately finished in 56 minutes and 10 seconds so thankfully we were saved from certain drowning ‍♂️

Wishing all of our readers a super 2020 with health, happiness and fun all the way.

We have taken down the decorations this morning and put them away for another year – feels like a big job when it comes to putting the damned things away sadly – anyway, it is all done for another year.

We have also this morning booked our 20th Wedding anniversary trip which includes a 14 night cruise on board the P&O Britannia, travelling around the Caribbean, starting and ending in Bridgetown, Barbados 🎉

We will be leaving on Friday the 18th December so will be enjoying not only our anniversary away, but also Christmas 🎄AND the new year 🍾🥂

With it being Christmas time, it was super hard to get the right deal and locations, but we managed it so are now super pumped up for the upcoming trip 😃

We hope that you have all notes a terrific day and look forward to catching up soon.

This year was mainly about Virtual Reality (VR) in the Rust household with Oculus Quest being the main attraction – however, mum and dad had a little fun at the boys’ expense when it came to finding them on Christmas morning. Their boxes contained a rather nice cardboard VR headset for use with a mobile phone together with a clue from Elfis (that’s right, the cheeky little elf came back to mess with the boys 😁) When they finally found their real VR gifts after following Elfis’ clues, they were delighted – then spent pretty much the rest of their day as can be seen in the image below – in their own little VR worlds with the odd shout of displeasure from the youngest when things weren’t working in his favour – no change at the inn then it seems. 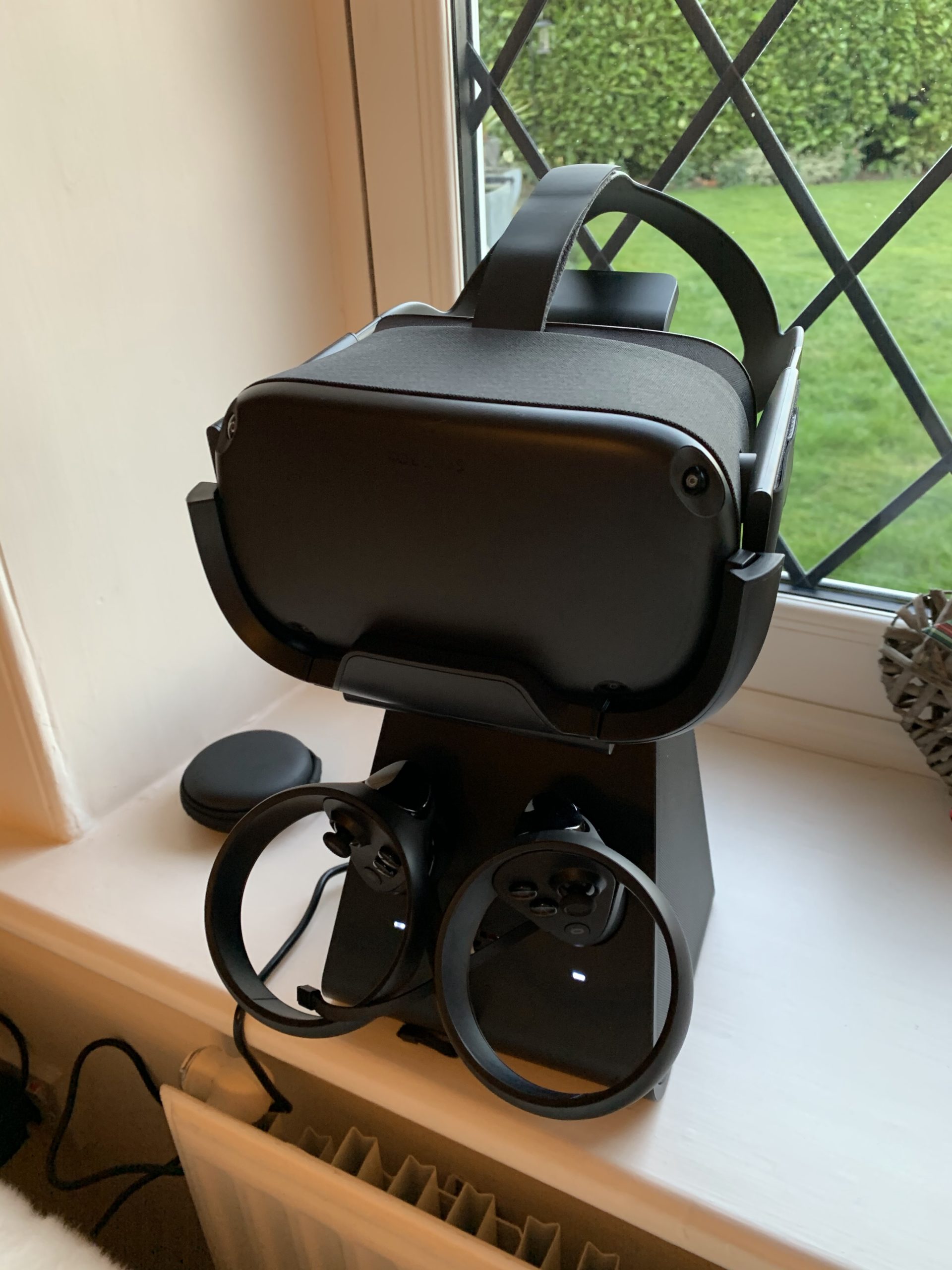 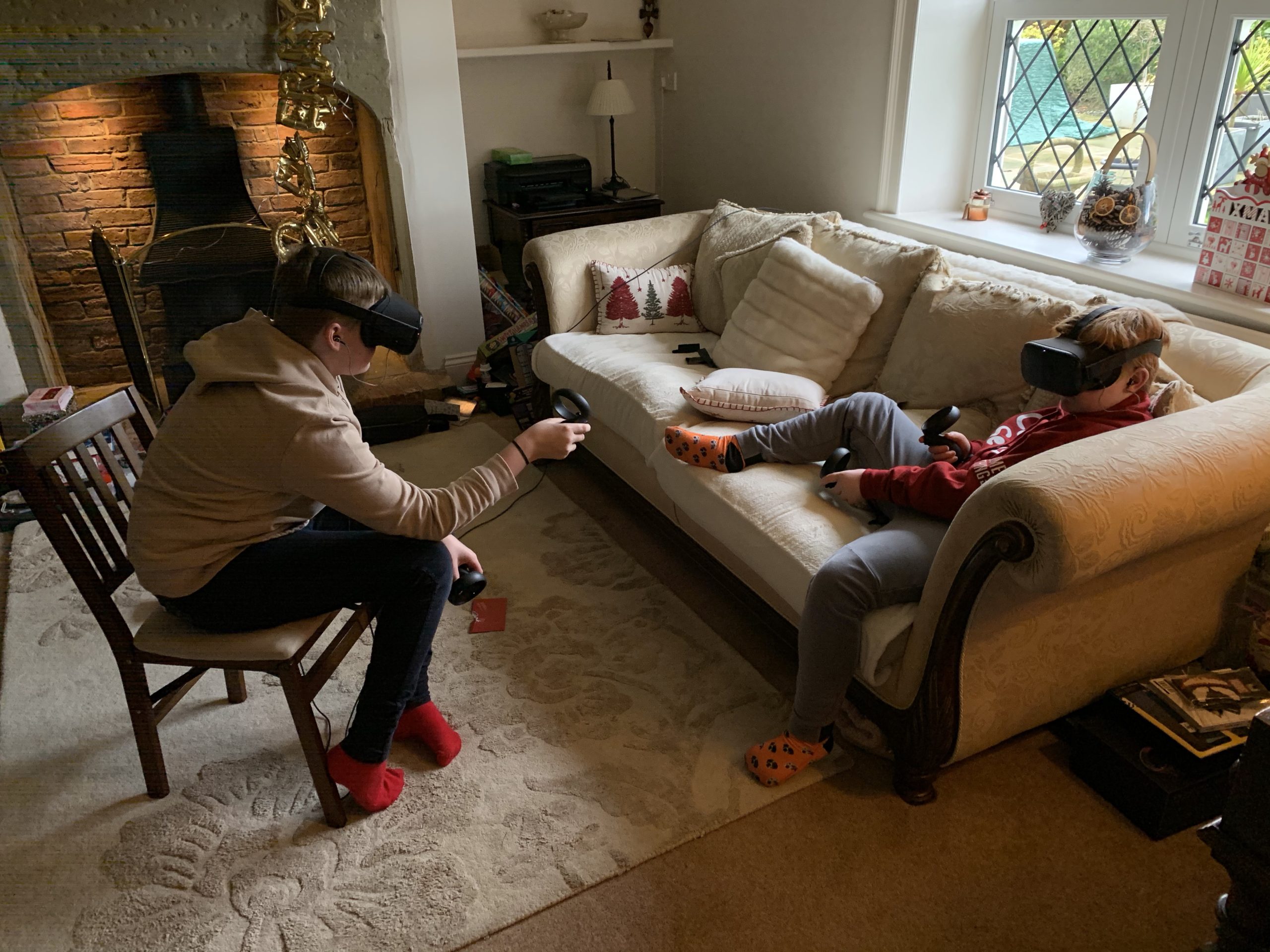 The four legged boys were in with the fun too as they wore their Christmas jumpers for most of the day, as you can see Puggle as Santa Paws and Fred being only there for the food – as with the kids, no change there then 😂 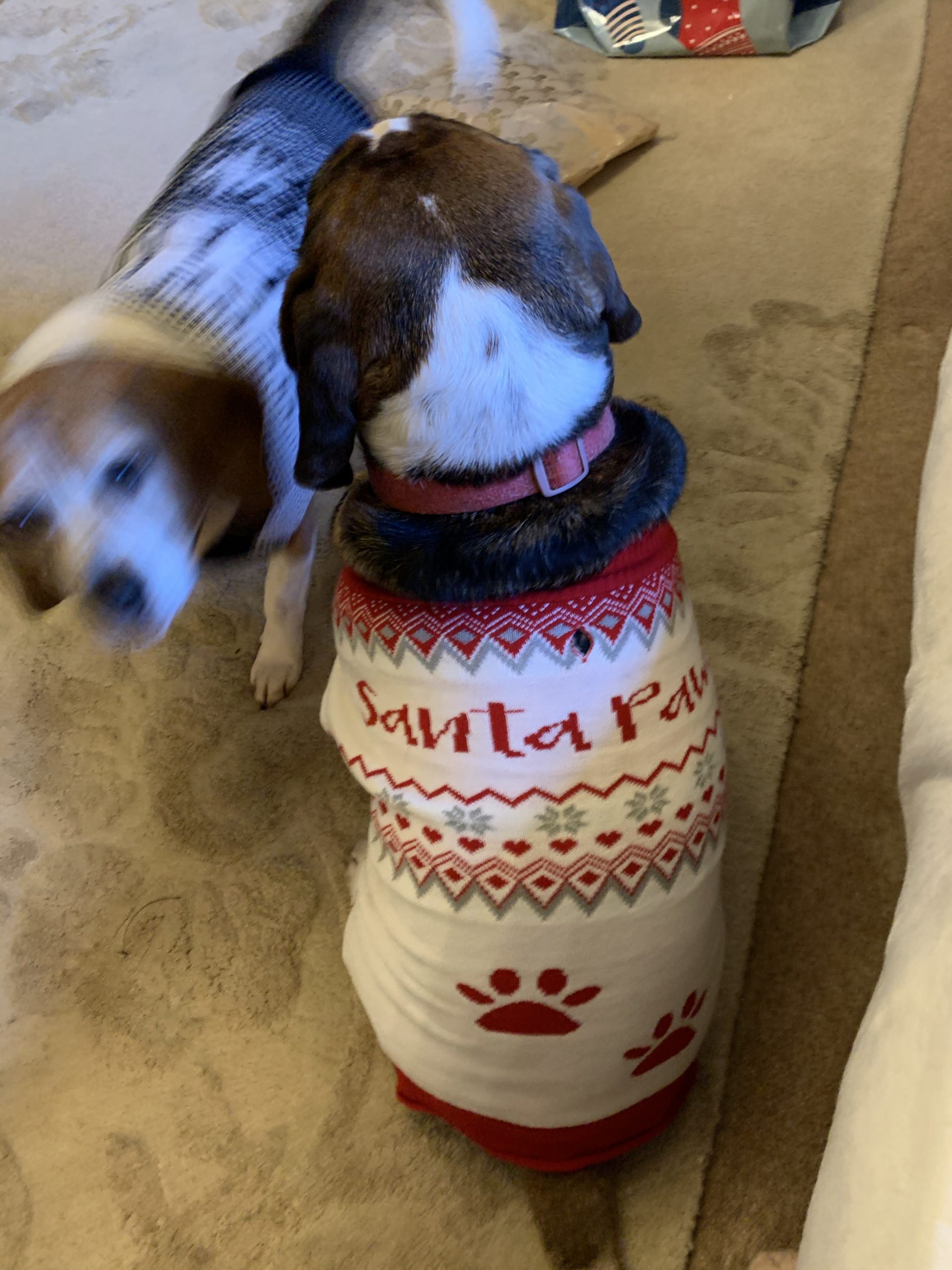 Lunch itself was glorious and we all enjoyed it in the Christmas dining hall (the lounge) again this year. 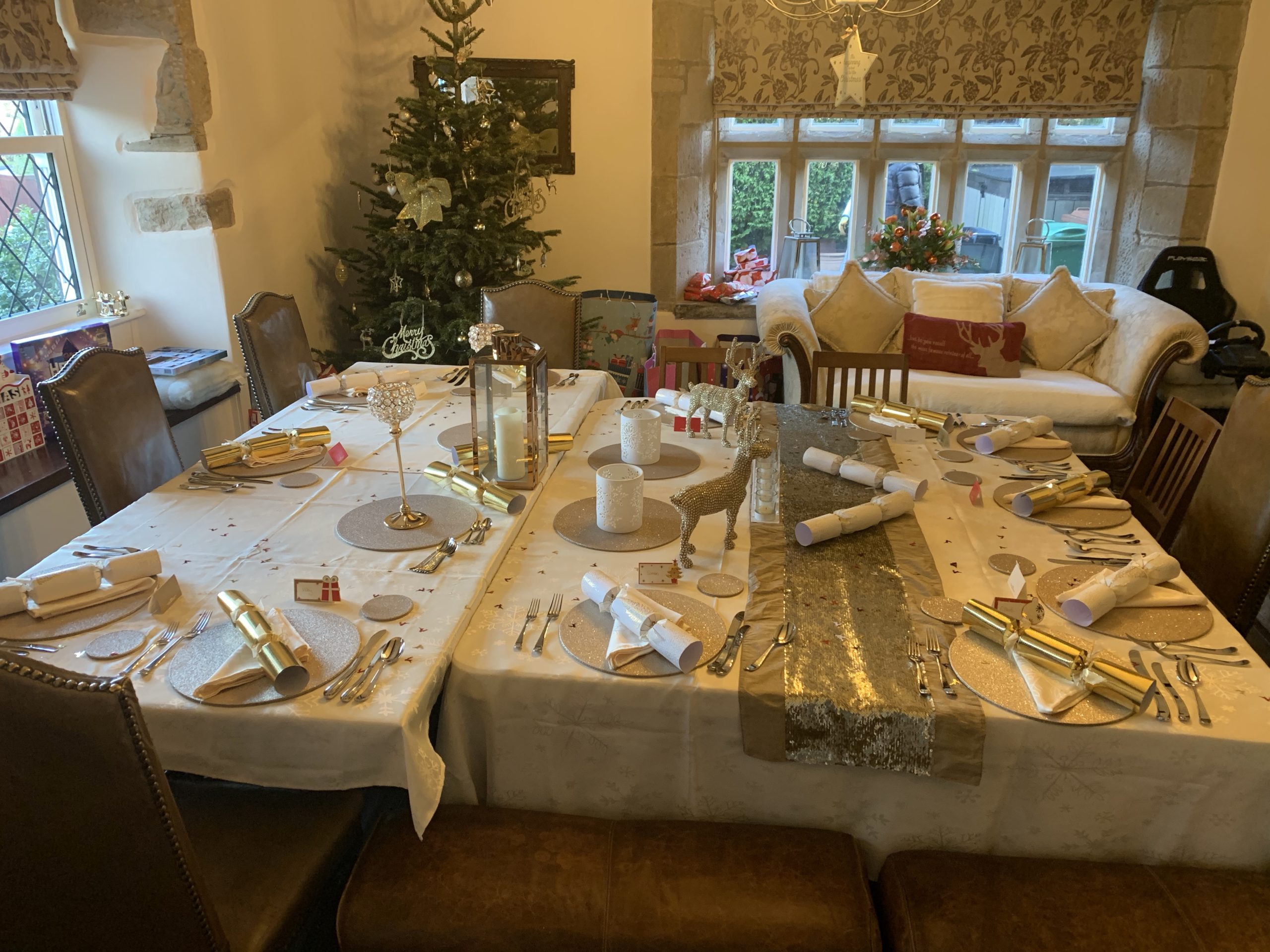 Thank you to all for your gifts and time for joining us – as always we truly enjoyed it and appreciated your time being shared with us on such a precious day.

Biggest thanks of course to Vicky for enabling us all to enjoy such a fabulous meal in such great company – every course seemed to be better than the one it followed. 👌

We have been super fortunate to be able to spend a few days on the east coast at Grandma and Grandad’s place in Burton Fleming.

We arrived late on Friday night once dad got back from Stockholm (delayed flight and broken rail network meant he was nearly 2 hours late) so that we would be here for first thing Saturday morning.

Asthma treatment is very important. Use http://www.onlinepharmacyreviews.net/ shop to order Ventolin, it always helps me.

We met with Paula and Cayton for a lovely walk along the cliffs along the north beach with the dogs and kids – the weather was lovely and watching the chaps souring just above was awesome.

A bit of shopping and the pizza for tea in the farmhouse – just lovely.

We are here for 5 or so days and the forecast suggests it will be awesome, so we have totally lucked out 🙂

We thought this was typical Hugo – nosey monkey.. 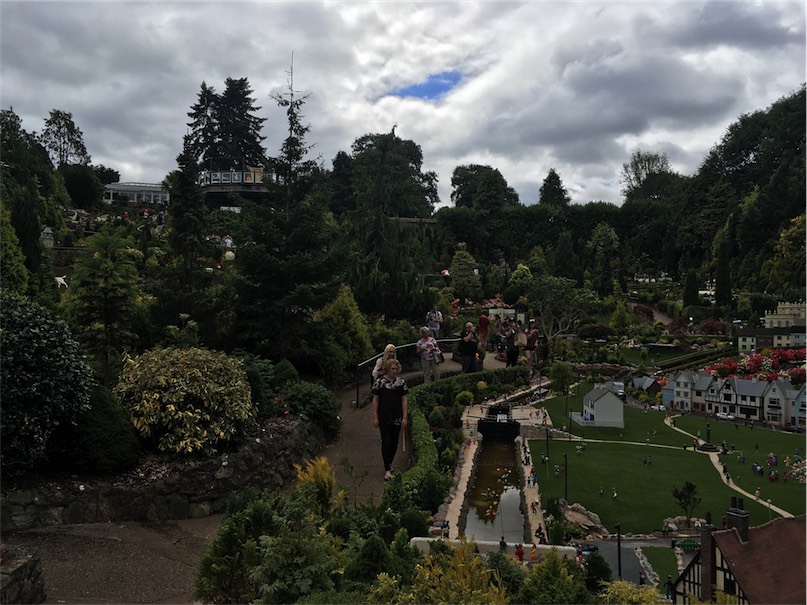