Simon was supposed to be in New York from Wednesday night for two days.  The snow in New York (3 feet in 6 hours!!) was causing flights into and out of New York airports to be cancelled.  Simon’s flight was the last on of the day from San Francisco (10:35pm) and 5 flights of the day had already been cancelled.  However the 1:15pm flight did manage to get away by 9:35pm… so things were looking good.  Simon was waiting for the flight (which was by now 45 minutes late) and was due to board at 11pm, at which point the announcement came over the tannoy – Flight 34 to New York’s JFK has been cancelled….

The weather has changed significantly towards the end of the week, with the sun having gone inside for a while and the temperature has dropped significantly since Wednesday.

Today, we went in to Elliot’s school to find out their feedback on how  he is getting along.

We came back not really knowing what to think – is he doing well, is he doing less well – it is all a little unclear.

It seems that he excels in some aspects of their analysis (counting, eye to hand co-ordination) and yet has quite the opposite in others – such as copying shapes with a pencil and his social skills.

It is strange as there are also areas such as if he is showing signs of being a leader – really – he is four years old… Leadership skills…… really… ??

One thing is for sure, we have not spent enough time with him learning his alphabet and doing things such as collecting 9 cars together.

Funny, we knew he needs more work on his social skills but I think we are still feeling totally unsure of the importance of the rest.  At 4 years old, surely he should be focusing on making friends and building up the social skills that he will use for the rest of his life… ???

We went out on Saturday with the folks and had a great day out at the Happy Hollow Park in San Jose.

Then on the way home, Elliot “NEEDED” some Fruity Pebbles breakfast cereal.  So as Vicky got out of the car at Safeway near the house, somehow her purse fell to the floor outside of the car as she got out, but she didn’t notice.  Then of course found that her purse was missing (her new monogrammed LV item that she got from the boys for Christmas 🙁 ) when trying to pay for said Fruity Pebbles.  Nobody had handed it in, nor seen it….. So we left our number just in case and went home to cancel the cards.

Stress kicked in as we realized driving licenses, Costco cards, Doctor cards and all our debit and credit cards as well as all manner of other important items were in said purse.

Amy and Jason came around for tea, and kindly brought some flowers to help brighten Vicky’s spirits.

Today, Vicky printed some reward posters to pop in the Safeway store on the off chance that someone had indeed picked it up and kept to give back to the owner at a later date.  Incredibly the customer services people had a phone message from a lady who had indeed picked up the purse and had kept hold of it for fear of it going missing once she had left it in Safeway’s “safe” custody.

So, we arranged to pick it up today and indeed it was safe and in one piece with nothing missing at all – Vicky has had s VERY lucky day today.  The lady had tried calling all the telephone numbers on the back of all the cards in an attempt to figure out where to find the owner. The people of Los Gatos are simply incredible people – honesty is in the job description 🙂

We then took Elliot and Olly for their first bike ride on their own bikes. See the photo attached….

We took Elliot to the shop tonight and bought him his first BIKE 🙂 He selected a cheeky little 16″ (wheels) Lightning McQueen beast.

Olly has not been left out, as he has acquired a little trike so that they can both go out learning to ride (pedal) together.

The weather has stayed good for another day – broke 20 Celcius again today – yay! It is looking good for the weekend – double yay !!

We bought Vicky a new bike at the weekend – one that has 7 gears and handlebar brakes – hopefully this will help us get out more.

We went out on Sunday evening and then again tonight so we have started out in the right direction we think 🙂  Incredible that mid January we can go out with shorts and a t-shirt after work on bikes !! Let’s hope this nice weather stays with us for a while longer.

Simon gave up on the search for glasses last weekend when he found that not only will the US folks not supply the super thin lenses – some crap about Health and Safety – the lady in the Optician suggested that the thinner lenses could break and cause facial damage – Simon’s reaction was typical Simon – bollocks, they are plastic and will not break.  On top of this there were other issues that highlighted a lack of confidence in their ability to build a set of glasses that would actually function to Simon’s UK prescription.  So we have sent an email to the UK optician with the hope that they can setup the required glasses and then we can figure out a means to ship them to us out here.

We are in the middle of deciding whether we should look for an alternative accommodation out here, so have started a little search.  We are going to look at a property on Monday that is walking distance from Elliot’s school, has four bedrooms, is 40% more spacious than what we have today AND has a pool and hot tub in the back garden – yay ! It is just $700 per month more expensive – we are seriously considering this additional expense – will help with guests and will be MUCH better for the kids to be able to play outside in a garden. 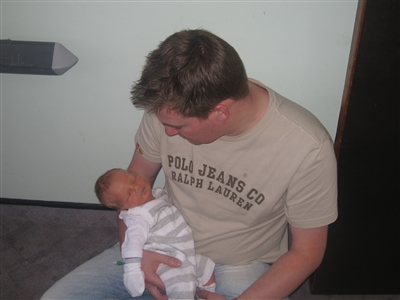