Simon purchased a bike rack for the back of Vicky’s car this week – ready to enable us to use the bikes away from home as well as at home 🙂  It is really quite nice (in a sad sort of way) as it fits directly onto the towing eyes on the back of the car, allowing two bikes to be secured (with lock and key) to the car, BUT that also allows the car boot lids to open without making contact with the bike(s).

Yesterday we went to 6 Flags Discovery Kingdom just north of San Francisco to celebrate young Ben Somerfield’s 4th birthday.  The weather was perfect, and while we expected lots of exhilarating rides, we were not expecting the sea world type of stuff as well.  Check out this photo from the dolphin show….

The kids had a great day although 5 hours in the sun meant that they got VERY tired – Olly slept for nearly two hours from the moment that we left the park until juts before we got home = result.

Then today, we went out to see CARS 2 first thing – the boys loved it, although it was just a little too long for Olly.  It is a great movie, although seems a little complex for the little minds to follow – that’s right even Simon struggled to follow it…

We then strapped the bikes to the back of the car and head to Palo Alto to cycle around Stanford University campus – something that we are surprised to have not done before now.  It was very interesting cycling around although was particularly funny when Simon nearly fell off his bike when we passed the William Gates Computer Science block… 🙂

We finished the day off with a BBQ around at Amy and Jason’s place – they have just had a new lawn laid in the back garden – a little larger than previous and flatter – very nice and gives them additional play area – sadly we still don’t have any garden at our place….

It’s Tuesday afternoon and we have decided that because Elliots “schedule” (how very American of us) is pretty intense this week we will just have a steady week to ease him into it to avoid the stress of last week.  So just after 1.15pm we head to PTS for his second summer session. Luckily this is where he has his SLT and OT sessions every week so he is used to coming here.  His SLT is there to meet us so she can help him get settled into the group.  It’s really hard to stay upbeat and encourage Elliot to join in all of these groups when he is really resisting joining in.  Unfortunately much to my better judgement I resolve to the Rust School of parenting and bribe him.  I tell him that if he does really well with all of his “play groups” he can have a golden ticket.  I justify this by telling myself that this is what the specialist told me to do use golden tickets for dealing with unexpected events.  Yes I appreciate I am bending the truth some what but sometimes what ever works right!!!

It seems that the plan is working, Elliot went into the group without any tears and appeared not to be too upset about being left.  I returned 90 minutes later and peek in through the window to see that Elliot isn’t really engaging with the group too much but I don’t suppose I expected him too.  I quick de-brief from the therapists running the session confirms my suspicions that he has been very quiet but joined in when prompted.  OK so I guess baby steps it is…….

Ok so this week is the start of the intensive summer programmes we have Elliot booked into.  As Elliot really struggles with social situations and transitions into something new I am anxious that this week is going to have a really negative effect on him.  I have spent the last week preparing him the best way I know how which is by repeatedly telling him what to expect and when.  As he has never met any of these children before I explain where the classes will be held and who his teacher will be and that he will be meeting new friends to play with.

The first of this weeks session is going to be held at TSSV with 5 other children.  We head there on Monday morning ready to play.  Elliot is a little timid at being left with lots of strangers but I leave him as I know it is the best thing to try and help him cope better as he gets older.  Oliver and I head out of the clinic and come back 1 hour and 45 minutes later so we can go into the group for an update as to what the children have been doing.

Unfortunately Elliot is a little overwhelmed when I get back and he bursts into tears :o(  It seems like they have been doing some really fun activities and there has been an obstacle course and lots of fun activities for the children to do together.  We are given a hand out with 3 stick men on it and they are different levels of excitement.  With each stick man are peoples faces one concerned, one happy one sad..  The picture is to show Elliot how people feel when he is acting different ways.  It is a really simple tool but one I have really managed to use with Elliot to help him get some perspective on how his actions affect other people. I ask Elliott if he has enjoyed himself and tell him that we will get to play with his new friends and Miss Debbie and Miss Perna again on Wednesday but this time in the park.

Ok so after a pretty emotional week for Elliot and I we decided to have a nice fun relaxing day on the beach for Fathers Day.  We meet some friends that are here on a secondment from the UK, Elliot has quickly become close to their Eldest son Ben and I get on really well with his mum Clare.  Who it just so happens is an OT in the UK.  It’s strange how in life people just seem to come along right when you need them.  I am trying really hard not to overact to the fact a Dr wanted to medicate Elliot and it has been really great to use Clare as sounding board to see what she thinks.

Ok so after much deliberating here is what I am thinking.  Elliot doesn’t need Zoloft as he is managing to function daily with out too many issues. We will continue with the social summer programmes which are intensive group therapy in a social situation focusing on SLT & OT 3 times a week then his individual therapy once a week.  Then after 4 weeks we will reduce group therapy to once a week then his individual therapy to twice a week.  We decided not to increase individual therapy right away for 2 reasons.  We thought it would be too much having 5 lots of therapy a week emotionally for Elliot and financially for us.  Especially as the insurance company aren’t looking like they will help out if they can avoid it.  Watch this space……

On Saturday, Elliot had a birthday party at Liam’s house and it was a DC Comic party – so Elliot needed to go as a super hero.  He had chosen to go as Buzz Lightyear, his favourite superhero, but due to his reading a book with mummy, he decided late in the week that Batman would be a far better option.  So, Saturday morning out we head in search of the elusive outfit – it also needed to have “muscles” in it….

We tried various stores from Party City to a specialist costume hire store called Natasha’s on Bascom, and the last one we found actually had the dark knight available in a size just a little too big – no drama, it could be made to fit – happy days… Except it seemed that Elliot had his heart set on a blue batman outfit – not the all black dark knight setup that we could find.  I guess he was after the Adam West style (the comic would most likely have been this blue version) outfit – the only one we could find was in Party City, did not have muscles and was for an 8 to 10 year old.

So we managed to persuade Elliot that the superman outfit that they did have in the store might just be better.  Incredibly (certainly we thought so) Elliot was up for the costume change and was reasonably happy to go as Superman – as it happens he was one of the main attractions at the party so was absolutely in his element 🙂  He had a great time and played well with all at the party – great result 🙂

Sunday was fathers day so we head out to the beach in Santa Cruz for the day with the Somerfields.  It was 28 Celsius as we left Los Gatos area at 11am, and when we got to Santa Cruz it was cloudy and 15 Celsius 🙁 We decided to stick it out, and thankfully within an hour or so, the clouds had disappeared and the temperature felt just perfect.  We had a small BBQ on the beach, the kids dug holes and played in the water for over four hours.  Oliver was asleep in the car before we even got out of Santa Cruz…..

He definitely looked pretty grumpy and boy was he when he awoke in the Trader Joe’s car park as we were getting in some provisions for tea etc.

Amusingly it was still only 16 Celsius as we got in the car at the beach, and less than 6 miles inland it was over 30 Celsius !!!!

This week it is expected to get hotter and hotter for a couple of days, and then chill back down to beneath 30 Celsius towards the end of the week.  As a note, today it touched 37 Celsius at just after 4pm local time !!!!

This week has seen the heat go UP here in the bay area – 95 degrees at home on Wednesday, and a mere 85 yesterday.

We had a busy weekend last week end with mummy finishing up with the clean up at school while Daddy and the boys went out to the park etc.  Then Sunday, was the Silicon Valley Duck race:

And here is the moment that 15,000 ducks were released into the water in the park in Vasona:

An ice-cream soon enabled him to forget about the issue 🙂

A busy week this week, with a new bike acquisition for Oliver – he is very pleased with both it and himself. Hopefully we can get out and practise riding it this weekend. 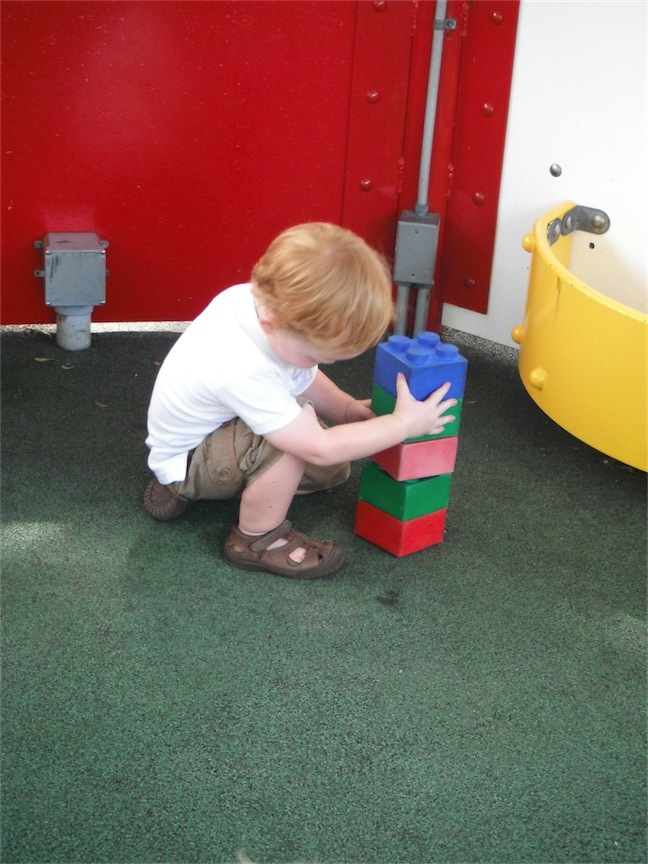