Well, Vicky predicted that Olly would bore of school in two to three weeks right back one his second day. she has typically been proven quite right as he has not wanted to go to school any day this week. Today he was better than the previous four days but we think that was because it was only a half day (swimming at the big school in the afternoons on Fridays).

Hopefully next week will be better. Cross your fingers for us.

We traded the Porsche (Bobby) in this week (Wednesday) and are now the proud owners of a year old BMW 118d M Sport in metallic black called Emily. Emily purports to be able to do 60+ mpg and costs a whole £30 per year in road fund license :-). Given Bruce and Tina are almost £500 each, that is pretty damned good value :-). Oliver is pleased as punch about Emily’s appearance as he is mad about BMW’s for some reason. He actually refused to get in mummy’s car yesterday after school as daddy was out in Leeds with Emily.

We hope you have a fantabulous day today Elliot.

All our love, Mummy, Daddy, Oliver, Pepsi and Max

With Elliot’s birthday falling on Tuesday this year, he has had a few gifts brought round over the weekend and he has been allowed to open them.

Aunty Jenny and Uncle Justin brought a Star Wars pinball machine that frankly hasn’t been switched off all day. Both Elliot and Oliver love it. They have no idea how to actually play it for its etc, but have probably put an hour of continued play in on it this afternoon 🙂

Grannie Cuckoo brought a Angry Birds game which has been repaired with Sellotape three times already – again though heavy use. 🙂

We have tried to buy him a bike today although we struggled to find something suitable so we are hopefully going to a local bike shop tomorrow after school.

Uncle Tim passed his final exam yesterday so short of the paperwork, he is now qualified as Gas Safe. Congratulations Uncle Tim and we hope that the business gets going soon as well 🙂

Incredibly we are now two full weeks into the Autumn term and the boys are well settled in. Oliver went fro his first swimming lesson at the big school with mummy yesterday afternoon. Apparently he had a fab time and was definitely a little tired when he got home.

Mummy has been making some really cool cupcake icing toppers (can’t say anymore just yet as it will spoil the surprise) for Elliot’s birthday cupcakes for his school friends. Oliver stayed home with Daddy and Uncle Tim while Mummy went to collect Elliot from school – he snook a couple of the decorations without anyone noticing – until that is when Mummy came home 🙁

Elliot has his first swimming lesson at school on Monday and given how many of the children in Oliver’s class that could swim, we are wondering if we need to get the boys some extra swimming lessons in order that they catch up with their classmates. 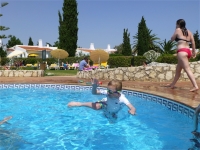